At Betfair Casino, we're all about delivering the best gaming experience in New Jersey, and that's why we're dedicated to adding the newest and most exciting games to our platform. This week's new games are a fan favorite and can now be found on both Mobile and Desktop: Siberian Storm and Black Widow 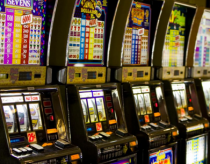 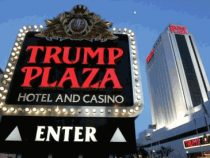 Gov. Chris Christie today signed an executive order that will extend the life of the New Jersey Gaming, Sports, and Entertainment Advisory Commission, a seven-member panel charged with making recommendations to improve the competitiveness of the gaming industry in Atlantic City, promoting it as destination resort and ensuring that horse racing becomes self-sustaining.
By Payton
on on December 11, 2014

Pig Farming Out, Casinos In

Billionaire casino magnate Sheldon Adelson — a top Republican donor who could boost Gov. Chris Christie's potential presidential campaign — said he'd be interested in building a casino in the Meadowlands if the state allows gambling to expand, according to a report by the Associated Press. Especially now that Secaucus no longer has pig farms.

Remember playing Battleship as a kid and we'd echo the famous commercial saying, "You sunk my Battleship!". Well now you can do the same, but at your computer and for money. BetFair Casino offers New Jersey residents the opportunity to play this casino game for cash! This week's new games include Battleship: Search & Destroy and Da Vinci Diamonds Dual Play.

Betfair October Promos No Commission Baccarat & Get $5 Back Daily

Betfair Casino is all about delivering the best gaming experience in New Jersey, and that's why they are dedicated to adding the newest and most exciting games to our platform. This week's new games include No Commission Baccarat, Grand Dragon, Lost Temple, Chilli Gold, Serengeti Diamonds, and Samurai Princess. Play these games now online at Betfair Casino in New Jesey! And if you play any of our slot games today, October 3rd, you'll receive a 100% rebate bonus up to $20*.

What is the Best Site to Play Online Blackjack in New Jersey? 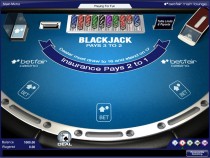 You can play online blackjack in New Jersey at Betfaircasino.com, which was currently giving away a 100% matching deposit up to $1000 for qualified new customers here.

Betfair to Stay in New Jersey Despite Trump Plaza Closure

Last week, it was announced that Taj Mahal online gambling partner Ultimate Gaming would exit the New Jersey market.  The Taj Mahal recently filed for bankruptcy protection and is in danger of shutting down as well.

Betfair, while offering state-of-the-art casino games and poker, is probably best known for being the world’s largest betting exchange for sports bettors.

Casino games run the gamut from slots to blackjack to roulette and everything in between.