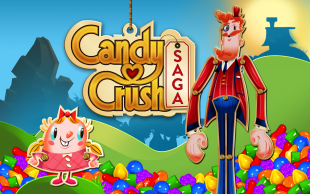 Eric Meyerhofer, CEO of Gamblit Gaming, which adds gambling components to familiar social games, says the potential market in the United States for such betting is $8 billion to $10 billion.

"Casual games are played in such abundance across such a wide demographic," he said. "We think there's quite a large market for this."

Players could face off against one another to compete for a prize, with the casino taking a fixed percentage of it.

Players would fund an account that would be good for in-person play on a casino floor, or remotely via a smartphone, tablet or computer. While details still need to be worked out, the games have to meet complex rules incorporating minimum payout standards that apply to slot machines, while also providing for the variable element of player skill.

So far, some of the biggest names are taking a pass. Zynga, which makes Words With Friends, has said it doesn't favor real-money gambling on its platforms, preferring to focus on free-play. King Digital Entertainment, the makers of Candy Crush Saga, said it "does not have any plans to license Candy Crush Saga or any of our other games for use in casino slot machines or for any form of gambling."